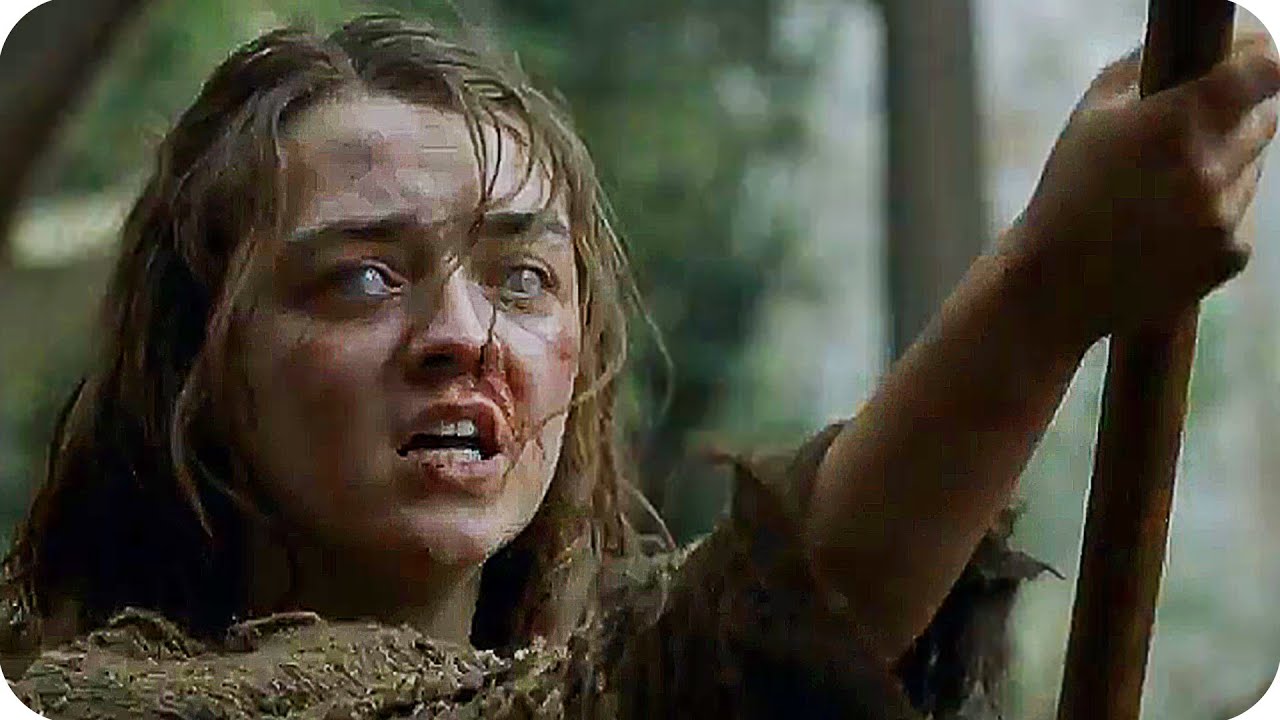 Olenna Tyrell, netting 35 points for a single line, showing everyone how it's done. At any rate, she's forced a reality check on Cersei — maybe it's futile to worry about what peasants are saying behind your back when your fellow royal mum can't even be bothered to check herself in your presence.

But you can't make us stay. Poor Cersei. All the olds hightail it out of there, leaving Cersei and Jaime alone with their zombie pet.

Keep the family close , indeed. I was so looking forward to awarding some Grown Up points to Tommen Baratheon this week, who is clearly smarting over his inability to do much of anything.

Things start off well when he brings the Kingsguard with him to confront The High Sparrow , but soon enough his need for a kindly, wise father figure wins out, and they just end up sitting and having a classic bench chat.

Holy shit, dude, that's deep. Tommen pretty much signs up for 50 auditing sessions right then and there.

So yeah, no points for Tommen, but The High Sparrow continues to be one smooth motherfucker, not to mention probably the smartest person in the known world.

I hate to say it, but Cersei might not stand a chance against him. Almost finally, let's get back to the House of Black and White, where no-longer-a-beggar Arya Stark is back in full-on training mode.

I've been dreading the Jedification of Arya Stark for a while, if only because Jedis are kind of boring, but this sequence was great.

It was smartly edited and truly cathartic, with all the tension and growth that's been missing from this storyline for the last several episodes even into last season.

Arya is even beginning to be able to fight back in her blind state, getting in a nice wallop to the Waif at one point.

But the real test comes when Jaqen H'ghar offers her a drink of water from the same pool that she saw poison a dude early on in her tenure as no one.

This episode is blowing my miiiiind. Arya takes the red pill poison water and gets her sight back. Still happy for a girl.

That would have been a great ending for a pretty boring episode, but for some reason Benioff and Weiss decided we needed to check in with human 8chan thread Ramsay Bolton.

This is supposed to make us excited to catch up with them next week, but I can't imagine anything good is going to happen to them under Ramsay's roof, where nuance and development go to die along with an awful lot of C-level characters.

The best-case scenario is that Osha castrates Ramsay, which would be a pretty interesting dramatic development considering what Theon tried on her way back in Season 1.

If we've learned anything after six years in the realm, though, its that no matter how far we think we've come, everything always comes back to dicks.

Cookie banner We use cookies and other tracking technologies to improve your browsing experience on our site, show personalized content and targeted ads, analyze site traffic, and understand where our audiences come from.

Kickstarter Tumblr Art Club. Film TV Games. Fortnite Game of Thrones Books. But Ramsay still has some leverage: In a letter to Jon, he threatens to hurt Rickon if Sansa is not returned.

Historic moment: Dany emerging from the wreckage triumphant and unharmed, with the Dothraki kneeling in her presence.

Red Priestess Kinvara meets with Varys and reminds him of his trauma a lot of that this episode while pledging assistance to a newly empowered Dany.

And crucially, we learn the origin story of the White Walkers: that they were created by the Children of the Forest as weapons.

Jaime arrives in King's Landing with Myrcella's body and vows to Cersei to, "take back everything that has been taken from us".

In Meereen, Tyrion and Varys discover that ships are burning in the harbor. In Braavos, a blinded Arya begs on the street.

Each day, the Waif beats her with a staff and forces her to fight. In her bedchamber, Melisandre removes her bejeweled necklace to reveal she is an elderly, frail woman.

Daniel Sackheim. Varys discovers that the masters of Slavers' Bay are financing the Sons of the Harpy. The Waif rigorously trains Arya, whose sight is restored after accepting herself as "no-one".

Jon executes Thorne, Olly, and the other mutineers. He renounces his oath and puts Tollett in charge of the Night's Watch.

Sansa, Brienne and Podrick, arrive at Castle Black. Sansa, reunited with Jon, wants him to retake the North. In Meereen, Tyrion offers the masters of Slaver's Bay peace in exchange for slavery being abolished within seven years; this offer angers former slaves.

Littlefinger returns to the Vale to mobilize its soldiers against Ramsay. Naharis learns about Jorah's greyscale; they find Daenerys in Vaes Dothrak.

Theon arrives at Pyke and tells Yara he will support her claim as ruler of the Iron Islands. In Winterfell, Ramsay kills Osha when she tried to assassinate him.

In the temple of the Dosh Khaleen, Daenerys tells the Khals that she will lead the Dothraki; she ignites the temple, killing them.

When she emerges unhurt, the Dothraki bend the knee. Sansa secretly meets with Littlefinger, who offers the Vale's forces and says her great uncle, Brynden Tully , is building an army in Riverrun ; she distrusts him and declines his help.

Beyond the Wall, Brandon learns that the Children of the Forest created the White Walkers to protect themselves from mankind.

In Essos, Daenerys orders Jorah to find a cure for his greyscale and then return. In Brandon's unaccompanied vision, the Night King touches him, making the cave vulnerable.

The Night King, White Walkers, and hordes of wights attack the cave, killing the Three-Eyed Raven, several Children, Summer, and Hodor , whose younger self was rendered mentally disabled by Brandon's interaction.

Meera escapes into the forest with Bran, who is still immersed in his visions. The wights find them, but a man on horseback saves them.

Jaime attempts to rescue Margaery from the Faith Militant, only to find she has repented and Tommen has forged an alliance with the Faith.

Benjen Stark , the man who saved Meera and Brandon, says he was turned by the White Walkers but later unturned by the Children using Dragonglass, though.

Daenerys mounts Drogon and gives a rousing speech inspiring the Dothraki to cross the Narrow Sea to conquer Westeros for her. The Hound is alive and living a simple, non-violent life, having been saved by a Septon and his followers.

Margaery convinces Olenna to return to Highgarden after the High Sparrow threatens to punish Olenna following her and Jaime's confrontation with the Faith.

Sansa secretly sends a message to the Vale asking for aid. Jaime arrives in Riverrun with Bronn and assumes command of the siege.

Jaime unsuccessfully parleys with Brynden. Theon and Yara spend their last night in Volantis before sailing to Meereen to ally with Daenerys.

Arya prepares to return to Westeros until the Waif, disguised as an old crone, viciously stabs her. Tommen abolishes trial by combat , to Cersei's dismay, who planned to win with Ser Gregor as her champion.

Brienne, in Riverrun, fails to persuade Brynden to surrender the castle and ride safely North. After Jaime threatens to kill Edmure's infant son, Edmure enters the castle and orders the Tully forces to stand down.

Brynden is killed fighting the Lannisters while Brienne and Podrick escape. Varys departs for Westeros on a secret mission.

Meereen comes under naval assault by the slaving cities; Daenerys returns on Drogon. The Hound kills four of the rogues and encounters Berric Dondarrion and Myr Thoros , who have captured the others.

They execute them and ask Clegane to join the Brotherhood. Arya is taken in by Lady Crane, who tends her wounds. The Waif kills Lady Crane and pursues Arya through the streets.

Arya leads the Waif into darkened catacombs and kills her in the dark, using Needle. Arya returns the Waif's face to the House's columned collection room and tells H'ghar that she is Arya Stark of Winterfell and she is going home.

Grey Worm kills two of the masters, leaving one alive to report what he witnessed. Theon and Yara meet with Daenerys and Tyrion to offer an alliance and want the Iron Islands to be independent.

Near Winterfell, the Stark and Bolton armies meet on the battlefield. Ramsay feigns releasing Rickon, then kills him with an arrow.

In the battle, the Stark forces are pinned by Bolton soldiers until the Knights of the Vale arrive and overwhelm them. Ramsay flees to Winterfell, but the Wildling giant Wun Wun breaches the gate.